I’ll take whatever colour you have, as long as it’s green.

Understandably, given the popularity of David Attenborough’s programmes and the awful scenes shown almost daily on the news, there is massive public concern surrounding synthetic plastics.

Wrongly, the media, government and charities such as Greenpeace often miss the vital ‘single-use’ and ‘waste disposal’ out of their attacks on plastic, leading to widespread misconceptions – surrounding plastics in general – in the public consciousness.

I came across a brilliant example of the inconsistency, ignorance and hypocrisy shown in the opinions of many who are ‘against plastics’ when I was skiing in Scotland in February this year.

I found myself on a T-bar lift (nobody’s favourite) on my way to the summit of Nevis Range, itching to drop into the Back Corries. I was sharing this T-bar with an off-duty instructor.

After the usual grunted greetings, the conversation went as follows.

Instructor: So, what do you do for work?
Me: I work in procurement for a plastic injection moulding company.
Instructor: Ah, contributing to the destruction of the environment, then?
Me: I don’t think so, really…

Tutting followed, with an insistence that plastics are ‘bad’.

This is a bloke who was wearing a helmet with a polypropylene shell and an expanded polystyrene inner, clothes made from nylon and/or polyethylene, goggles made from polypropylene and polycarbonate, boots made from some form of polyurethane, and skis with nylon top sheets and UHMWPE bases. I couldn’t be bothered to stand and discuss it further as we were at the next lift (thankfully, a one man drag). Off I went.

“You must be the change you wish to see in the world.”

It seems the public love attacking the plastics industry when such issues arise, as it somehow absolves them of all responsibility – in their heads, at least.

We are an easy target in a way, as anything said by industry experts can be twisted as propaganda by short sighted opposing interests; which seems insane, given it is industry experts who are best placed to advise government and think tanks on how to adapt industry standards on disposal and recycling into common practice for the whole population.

As with anything, most are happy to sit on their hands and wait for someone else to sort the problem, but often find changing their own habits the most difficult part, yet it is – without a doubt – a change in the behaviour of the public that will solve the issues we face.

It’s difficult to know what people mean when they use the word ‘green’, although it is fair to assume that most people will be referring to either: polymers from renewable sources, polymers that are biodegradable, or polymers that are easily recyclable.

What if we extend that meaning? It could be argued that plastic car parts moulded in polymer grades from non-renewable sources, are ‘greener’ than a plastic bottle that is made from a polymer from a renewable source.

Less energy is used to make plastic parts than is used to make steel or aluminium equivalents; they are less dense, so require less energy to transport and help to increase the energy efficiency of the vehicle on which they end up; they are likely to remain on the car for a number of years (average age of cars in the UK in 2015 was 7.8 years); the polymers used are relatively easy to recycle, and with advancing technology will be even more so by the end of the car’s lifetime.

You also have to consider the potential for deforestation – and the threat to animals that also entails – when proposing that large swathes of land are used for growing crops from which these polymers are derived.

What about biodegradable polymers?

They do exist, but you have to be careful when looking at their properties. Obviously, if you want an item to last longer than 6 months, truly biodegradable plastics are out – which removes them from consideration for food packaging and most medical applications.

There are some polymers that are claimed to be biodegradable by their manufacturers that will last longer than 6 months and offer similar properties to traditional polymer grades, but it’s important to look at the properties of these grades before specifying them for a project for their ‘green’ credentials. BioPBS – increasingly used to make disposable hot drinks cups – for example, will not start to break down unless it is in a compost environment at 30oC, meaning they will not break down in ‘normal’ conditions, i.e. in oceans, forests, beaches, etc.

There are also grades marketed as being oxo-degradable. The problem with many of these grades is that they do not fully degrade, they fragment into small pieces of a similar size as (recently banned) microbeads, which can eventually find their way into watercourses.

Is ‘single-use’ the end of the world?

In my opinion, no. Single-use plastics are used in medical applications, for barrier packaging in the food industry, for the transport of hazardous materials, and many other sectors. The alternatives to single-use plastics require more energy in every aspect of their lifecycles; from the extraction of raw materials, all the way through to the point at which they are destroyed or recycled.

I’ve heard many raise the ‘Why aren’t the government doing something about it?’ question.

They are, to an extent. However, there should be more thoughtful, less knee-jerk legislation on a national and international scale, more education and more encouragement.

If we want to see change, such as a reduction in the amount of plastic going to landfill or ending up in our oceans, we must change the way we dispose of single use items. How often do LDPE food trays, ketchup bottles and shampoo bottles still end up with general waste to go to landfill?

The ‘it’s not my job’ attitude will not work. In my opinion, governments shouldn’t have to spend more money on waste sorting centres because the population is too lazy to act on something they supposedly care about.
We are a nation of (mainly) free-thinking, autonomous individuals.

If we don’t take responsibility and change our behaviour, the only answer will be to implement more/higher taxes somewhere. Who’s cool with that?

OEMs and Tier 1 moulders are increasingly specifying repro grades, or allowing a certain percentage of a repro material to be fed into the production of new components – a good example of this would be for non-visible parts in the automotive industry. More work is yet to be done; however, as an industry, we are making progress.

There are complexities to this approach. It requires close partnerships and trust throughout the supply chain to ensure everyone is taking the right steps to assure product integrity, which in turn requires a level of skill and professionalism that may not have been present in most trade moulders of the past. Through our hard work and determination, we are well equipped for this.

We already use a reasonable amount of repro ABS for one of the projects we run, and would love the opportunity to use repro grades of other polymers. We often offer them as alternative grades when working with customers on new projects, it may be the case that a repro material won’t be the grade that offers the most ‘impressive’ specs. on its technical data sheet, but if it’s fit for purpose and offers increased value for the customer, it could be the best material for the job.

As for recycling, we have been working with a plastic recycling company (Indigo Environmental Group) in order to see what we can do to improve our performance. They already have ties with many T1 automotive manufacturers and food packaging companies, and were able to offer an ‘off the shelf’ package which we will be trialling in the very near future.

Plastic: we’d be in the shit without it.

We rely on plastics. They are the best materials for almost every product and application they are currently used for.

The plastics industry is the second largest direct employer within UK manufacturing, but is also a massive indirect employer. Plastic parts are used throughout food and drinks industry (the UK’s largest manufacturing employer), the automotive industry (3rd), the defence industry (4th), furniture and furnishings (the 5th largest)… The list goes on, but you get the picture.

Plastics are also in the top 10 of the UK’s exports.

If public apathy was to cause a move from plastics to less suitable and less environmentally friendly alternatives, the result for the UK’s economy – and the world in general – would be disastrous.

Written by Nathan Sturgess
Check out his Linkedin 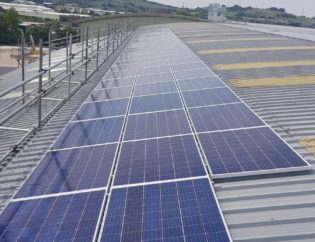